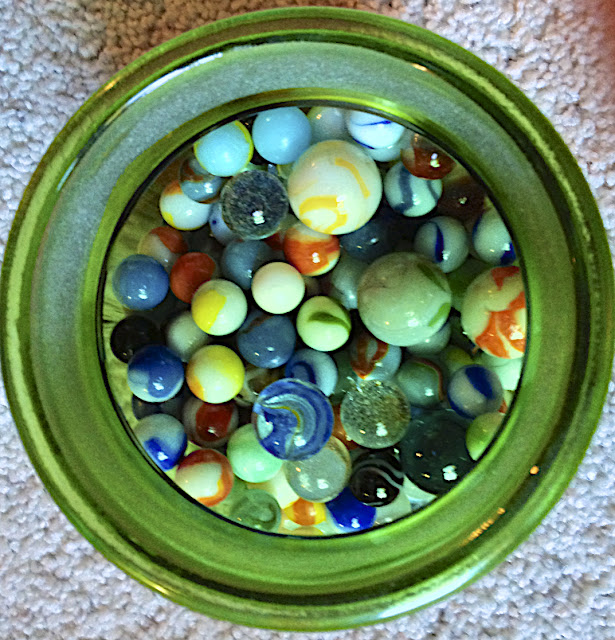 Hair a burnished red-gold, freckles marching haphazardly across his nose, he bends over my marble jar, holding first one orb and then another up to the light, studying the world within each sphere - air bubbles, curlicues, smatterings of color. His blue eyes crinkle with pleasure when he catches me watching him.

“Tell me about when you played with these, Grammy.”

So, I think back sixty years to that curly-headed tomboy I was at eight - the same age he is now. Not in my wildest dreams, when I was the quiet girl crouched at the edge of the chalk circle amidst boisterous boys, did I imagine that so many years later a little boy who is my future would ask me to tell him a story from my past.