I saw an interesting sign today. It said "Be Peace."
It didn't say hope for, pray for, or wish for - it said "BE." 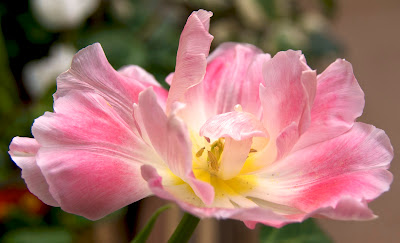 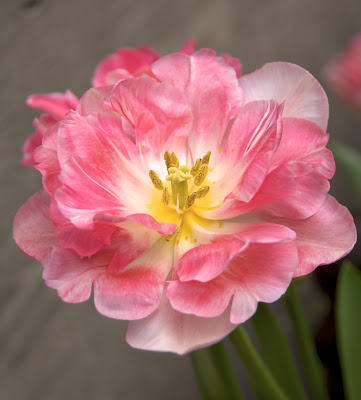 Perhaps if I can "be Peace" and "create Happiness," the World will change for the better.
I'm going to try.

"You must be the change you want to see in the world."
Mahatma Gandhi
Posted by Barb at 4:45 PM 24 comments:

Remember when I brought the baby orchid home over a month ago? I've watched over it, carefully transporting it back and forth from Breckenridge to Denver several times. It became like that psychology experiment that kids sometimes do in school when they're asked to care for a 5 pound sack of sugar as though it were a baby. I've already raised babies so I can tell you - the orchid was not as much work. A little water and sunlight plus remembering to take it with me if we were going to be at one house or another was all that was required. In fact, even when my husband inadvertently threw his jacket on top of it, no damage was done.
The baby is blooming! 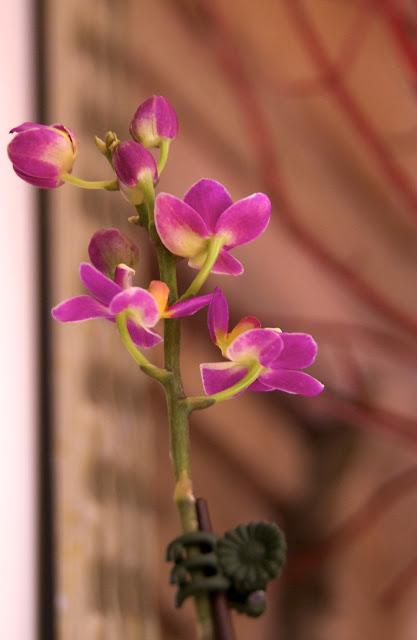 As with any baby, it's not necessarily what I'd envisioned from the buds. It's a flamboyant (perhaps even gaudy) pink. Sometimes, I think it looks unnatural, and I wish it were a quieter hue. It doesn't care what I think - it grew and became what it was meant to be. 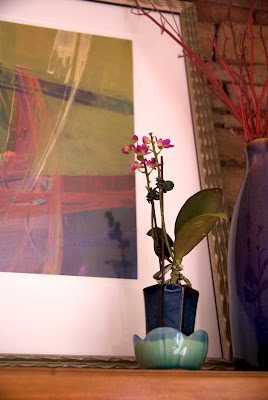 Sometimes it sits it in the sunlight. Other times it rests on the mantel. I like how it looks next to my Karen Scharer painting. 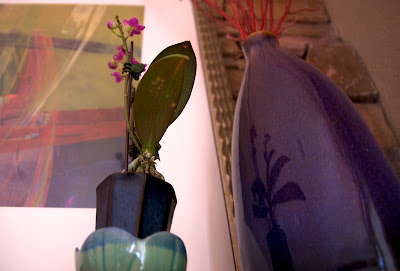 For a little orchid, barely out of diapers, it has a commanding presence. Yes, even though it's not blooming quite like I thought it should, I'm in love with it.  As soon as these first blooms fade, I'll give it a bigger pot - more room to grow.
Just like a child, I'll encourage it to flaunt its true colors.
Posted by Barb at 4:15 PM 21 comments:

Sometimes I wake on the edge of sadness. Dreams honeycomb my sleep. I lie quietly feeling my heart beating. 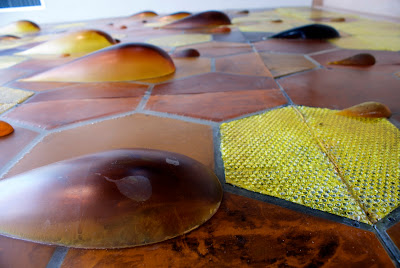 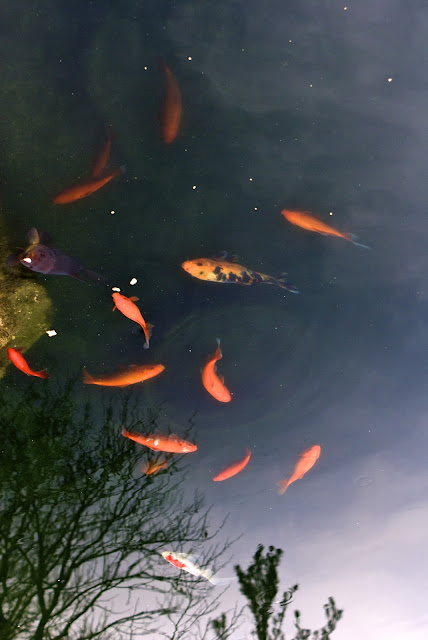 Today I take a walk in the city. Spring bulbs are starting to sprout green. Crocuses are blooming. It may be a false prelude to spring because there is often cold weather and even snow in Denver through March and April. But, today the sun is shining, and it's warm enough for shirtsleeves. I go to the eyeglass store to look at frames. I have a love/hate relationship with shopping for new glasses. I think of the possible new look(s) that may evolve from my (hopefully prudent) choice.  However, without my actual prescription lenses in the frames, I can barely discern myself in the mirror. The young, hip woman assures me that this or that one looks chic. However, I notice (with my old glasses on) that she may have an entirely different esthetic than I do. (Not to mention, she'd like to sell me something...) So, I tell her to write down two of the frames as "maybe's" and I'll come back with someone whom I trust will tell me how they actually look on me. My husband maybe? Or, perhaps better yet a girlfriend. It's fun to imagine changes that this warmer weather might inspire. Perhaps I'll reinvent myself! 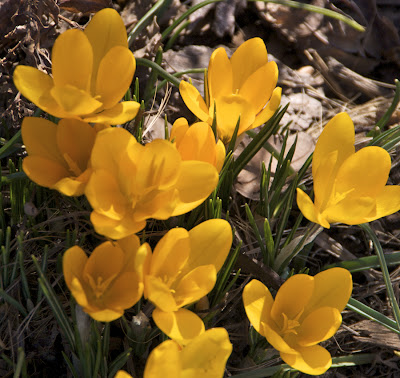 I remind myself constantly:
Take notice
Look carefully
Watch
What I'm seeing won't happen again in precisely this way. Does that matter?
Well, if too many moments slip by unaware -
Yes, it does. 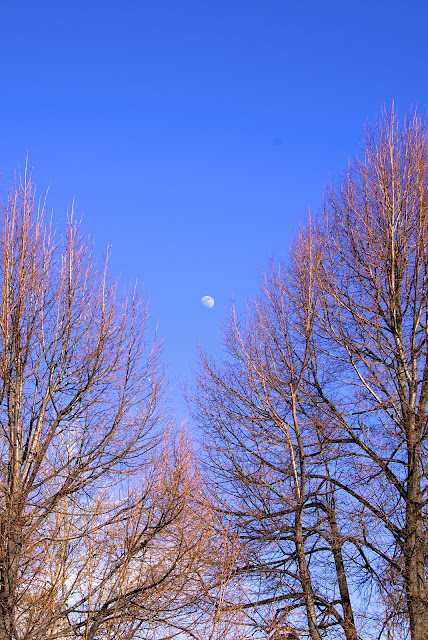 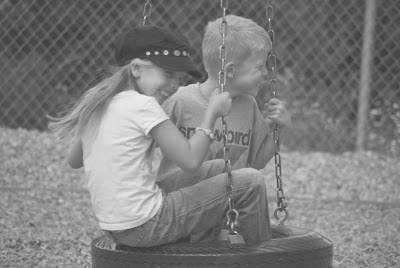 I'm in the city, and it's spring-like. Early this morning, I ran four miles. Afterwards, I did some work in my tiny gardens, where the tips of daffodils are beginning to show. Later, I wheeled my canvas cart to Whole Foods. People made eye contact and smiled. They weren't hunkered into heavy coats. When I gave my order to the young man at the seafood counter, he did a little jivy dance to the music playing on the speaker system. I did a little dance, too, and we both laughed. He gave me some ice for my fish so I could stop at a coffee shop on my way home and sit in the sun to read on my Kindle. Two men next to me played with an adorable baby. I think they were the baby's Daddies - I could tell they were smitten with her. They took turns cuddling her as she smiled and cooed at them. When I left, I told them how lovely she was, and they lit up with pride. I stopped at the Library and added 7 magazines to my cart. The Librarian had to look up my information because I forgot my card. She smiled and said, "No trouble."

An ordinary day but the child in me had many chances to play. I'm thinking about the happiness, kindness, and love I encountered. So many Good Things to remember...
Posted by Barb at 4:46 PM 19 comments: